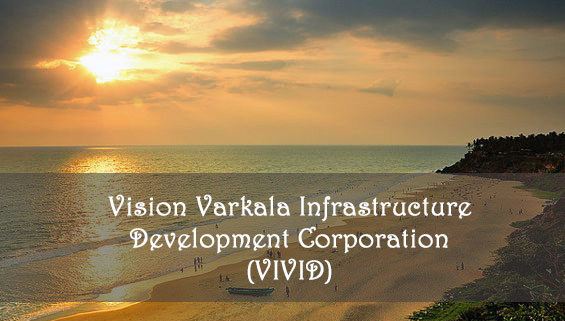 A Special Purpose Vehicle was formed on 15th October 2011 for the comprehensive Infrastructure Development of Varkala. It has been registered as a Company namely, Vision Varkala Infrastructure Development (VIVID) Corporation Limited on 25th February 2013. The Corporation Implements various type of projects such as PPP, Joint Venture, Private and Public by mobilizing funds from Govt., NRIs, Financial Institutions etc... It is a fully Government owned Company formed under the Department of Planning &  Economic Affairs under the chairmanship of the Hon'ble Chief Minister.    Hon'ble MLA Varkala, Hon'ble MP Attingal,  Government Secretaries, District Collector and other Top Officials from various Govt organizations  are the other Director Board members of the Corporation.