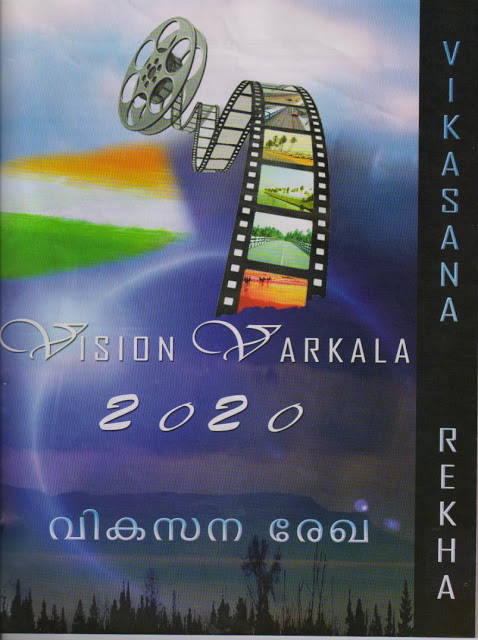 A slew of projects to augment the tourism potential of Varkala are currently on. It is in this backdrop that Vision Varkala 2020 launched by Vision Varkala Infrastructure Development Corporation Ltd (VIVID), a special purpose vehicle promoted by Kerala Government gains significance.

A bali mandapam on the Papanasam beach, the first of the project under Vision Varkala 2020 has already been commissioned. This is meant for people coming from across the country to perform rituals and offer prayers in memory of departed souls on the day of vavu bali.

The proposed National Centre for Performing Arts as part of Vision Varkala 2020 is meant for popularizing culture, heritage and tourism. This will be developed as a centre of international standards having tie-ups with the Association of Asia-Pacific Performing Arts Centre, Singapore for cultural and technology transfers across the globe. Two acres of land in the Government guest-house premises (Varkala) has been identified for the purpose and Rs.100 million allocated for the first phase of the project.

Vision Varkala 2020 will also have a Sea Life Leisure Park as part of the water sports complex, which is first of its kind in the country, coming up on a 50-acre land. Implemented in PPP mode and aimed at increasing the tourist inflow to Varkala by five times, the park will serve as home to around 100 sea animals and five dolphins that will be used for entertainment and educational purposes. Rs.10,000 million has been allocated for the realization of this project.  A pre-feasibility studey is also envisaged with the help of CMFRI.

The Global Ayurveda Village is another major project as part of Vision Varkala 2020 for the development of Ayurveda in Varkala (developed by Kerala's mentor Sam Pitroda).  The Ayurveda village will be set up in 63 acres of land at Elakamon Panchayat. The Rs.2000 million project aims to make Varkala the world capital of Ayurveda with facilities for research and development and high-end treatment facility backed by high-class infrastructure.

Vision Varkala 2020 is bound to enhance the significance of Varkala as a travel destination, which is annually visited by around 50,000 foreign travellers and 1.60 lakh domestic travellers.